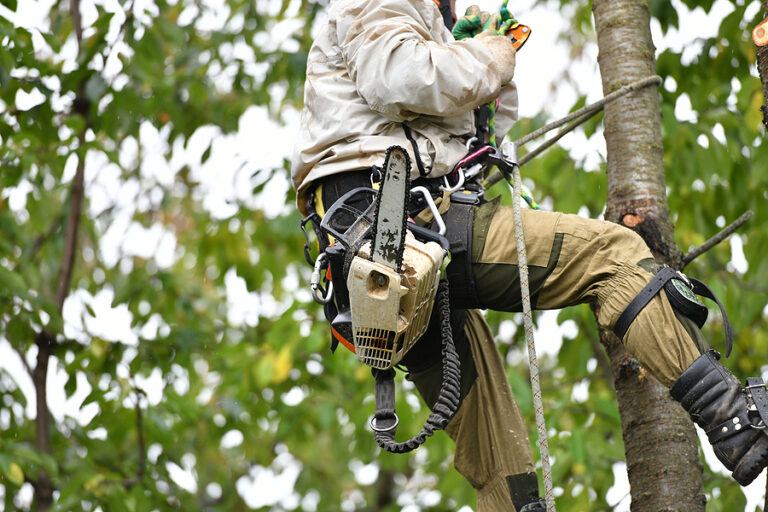 If you’re looking to get some work done around the house or even on a professional job you may be concerned about the weather forecast. After all, if you live in a rainy area, or if you have a rainy season you don’t want to be kept from working. So, you might wonder about working through the rain.

You should absolutely not use an electric chainsaw when it’s raining because it is a safety hazard. If your chainsaw is connected to electricity during the rain it could cause a shock or even an electrical fire. Even if you have a cordless electric chainsaw you run the risk of serious injury by using it in the rain. So, you absolutely want to stop working as soon as you get that first bit of rain.

Your electric saw should be turned off and stored indoors, out of the rain, until the rain has entirely stopped. If you do get water on it before you get it inside make sure to unplug it and dry it off entirely. Then be sure that it’s 100% dry before plugging it back in and getting back to work after the rain is over. This is the only way to be sure you and your chainsaw are both safe.

The best thing you can do if you need to still work in the rain is to have a gas-powered chainsaw. These are safer to use because there’s no electricity connected, and they will work when they’re wet. Even if they’re getting pelted with rain they’ll continue to run. You just have to make sure you don’t set it down in a puddle. And even that only hurts the chainsaw if you fully submerge the engine.

If it’s raining quite hard you might think that’s the same thing as submerging your chainsaw but it’s actually not. Hard rain still doesn’t push enough water into the engine to cause damage the way that submersion does. So, even though the system isn’t waterproof, you won’t need to worry about any level of rain that’s coming down from the sky.

Caring for Your Chainsaw

Now, it is essential that you get your chainsaw out of the rain as soon as you’re done working. This is going to involve not just taking it indoors but actually wiping it down and drying out all of the components. If you do, your chainsaw will live to see another day and continue working the way you expect it to.

While the rain won’t kill your chainsaw if you don’t dry it well you can start to get rust. And that rust is going to be a big problem in getting that next project done. That’s why it’s a good idea to dry it off as best you can and then oil it to really protect the components. This will reduce the damage that’s caused by all of that rain. 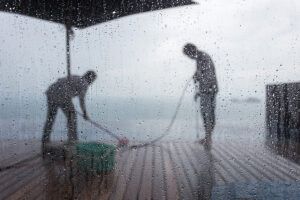 Can You Pressure Wash in the Rain? 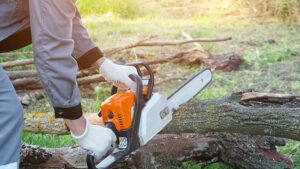 How Much Compression Should a Chainsaw Have?

How Long Do Chainsaw Chains Last? 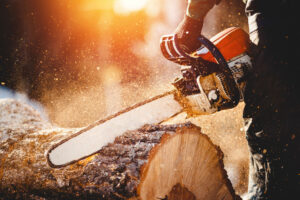 Why is my chainsaw blade smoking? 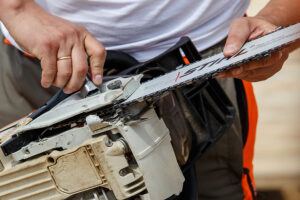 How Tight Should a Chainsaw Blade Be? 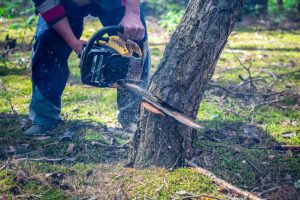 Why Does My Chainsaw Cut Crooked?