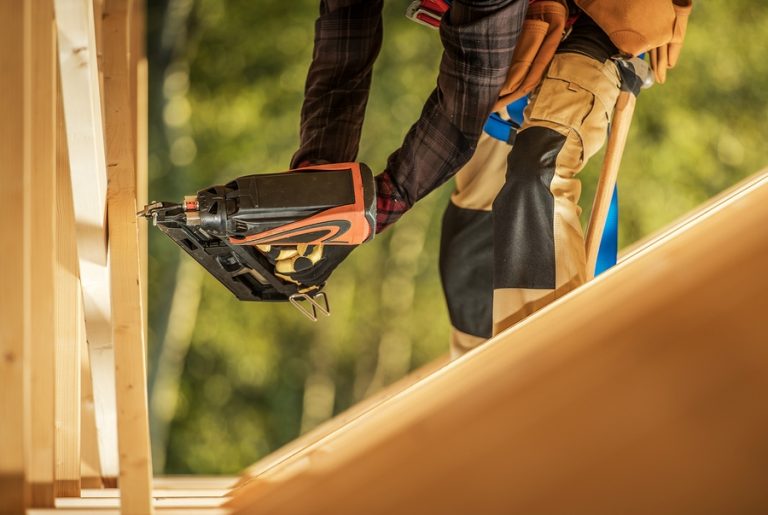 A nail is not just a nail. Different sizes have different uses, which means that for framing you will need to choose the proper size for the job. Consider that nails that are too wide may split the wood while nails that are too long may go in too deep.

For those who are about to do some framing, the good news is that you will mostly need only two types of nails. This means that you can save money by shopping for both nails and having them around you home for other tasks just in case.

For framing, there are certain types of nails that work the best and the 16-penny or 16-d is most likely the one for your needs. Keep in mind that there are three types of 16-penny nails. There are the common type that have a smooth head. And there is the textured head designed to keep the hammer from slipping. For framing, you are better off with the textured nails which are often called sinkers. The short nail is one that you will not use for framing because they simply do not have the capacity to put together the boards efficiently.

Sinkers have a vinyl or epoxy coating that makes it easier for them to penetrate the wood without causing any splitting issues. They also have galvanized coatings to make them durable. Which means that they are less prone to oxidation. Keep in mind that there are sinkers that have a concrete coating and you will most likely not need to have these around.

From framing, sinkers are perfect because you can hammer in a large number of them with little issue. However, the 16-d sinkers are not the only types of nails you will need for framing jobs. Although the common version may have some uses outside of framing that may be well suited for your needs.

Framing is not just about putting 2 x 4s together. You also need to attach sheathing, subfloors, furring strips and so forth which also require smaller nails. For such tasks, the 8-d is arguably the best choice, especially those that are about 2.5” long. If you do not mind spending a little more, you can get them in 8-d sinker versions that are narrower and have a vinyl coating to make it easier to use.

Other Types of Nails

The 16 and 8-d nails are pretty much all you will need. However, there are other types of nails that you should be aware of when engaging in framing.

This is an older type of nail that was commonly used to put boxes together out of thin wood. Fruit crates are the most likely recipient of box nails, which have a thin shaft that makes them perfect for this type of work. However, box nails are not as common anymore and you will probably not need them for most of your framing needs.

Sometimes called scaffolding nails, these are nails that are used to construct scaffolding out of wood and concrete forms. This means that they are temporary in nature and designed to be pulled apart when no longer needed. Since scaffolding is now mostly made of steel tubes, you probably will not see such nails in use unless you are making concrete forms.

Why Not Use Screws?

On the surface, it seems that a good argument can be made for using screws and not nails for your framing. And while screws seemingly have more holding power, nails are generally more flexible which is vital for the longevity of the frame that you are making.

This is because screws tend to be far more inflexible which causes them to snap under pressure. Frames can shift slightly over time for a number of reasons. Nails tend to be quite flexible in this regard, bending with the wood while still keeping it together. Screws however tend to snap which means that the frame comes apart.

How Many Nails Will You Need?

Now that you are ready to do some framing, the next step is to figure out just how many nails will be needed for the job.

If you fail to plan, you are planning to fail. So, take enough time to figure out just what you will need beforehand, so that you are not rushing off to the hardware store to spend more money than is needed. Your plan can begin with the construction plans or drawings for what you want to accomplish. This should account for the following.

Calculate the Number of Plates

For standard frames of load-bearing walls, you will need a single plate at the bottom and two plates at the top. To understand how much linear feet is needed, take the total length of the wall itself and times it by three. Then add from 5% to 10% to account for the waste. That will give you a good idea of the number of plates needed.

Keep in mind that for concrete flooring or foundation, you will need to have the bottom plate made from pressure-treated wood.

Framing a wall starts with getting the right nails to do the job properly. Once you have the proper nails, amount of lumber, and tools for the job, the construction of the frames is fairly straightforward in nature.